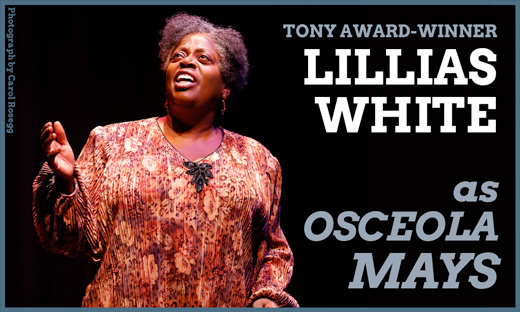 Lillias White made her Broadway debut in Barnum. White has also appeared on Broadway in Cats, Carrie, Dreamgirls, Once on This Island, How to Succeed in Business Without Really Trying, Chicago, and Fela! (Tony nom). For her role in Cy Coleman's The Life, she won the Tony, Drama Desk, and Outer Critics Circle Awards for her portrayal of a world-weary, no-nonsense, hooker named Sonja. Off-Broadway, White has performed in the Public Theater production of Romance in Hard Times (Obie Award), Dinah Was at the Gramercy Theatre, and Second Stage Theatre's Crowns (AUDELCO Award). White's concert performances include Funny Girl, Hair, Dreamgirls, and South Pacific, which was broadcast by PBS Great Performances. She also has appeared in concert at the Kennedy Center, Carnegie Hall, and Lincoln Center and has toured internationally with her one-woman show From Brooklyn to Broadway. White's television appearances include a regular role on "Sesame Street" (for which she won an Emmy Award), "Law & Order," "Law & Order: SVU," and "NYPD Blue." Her screen credits include Lead Muse in Disney's Hercules and Anastasia and appearances in How the Grinch Stole Christmas, Game 6, Pieces of April, and Then She Found Me. Lillias recently filmed episodes of "Person of Interest" and "Gotham." Lillias White holds an Honorary P.H.D. in Fine Arts from the City University of New York. 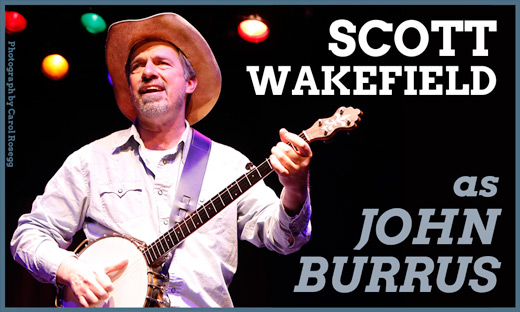 Scott Wakefield has  appeared on Broadway in Hands On A Hardbody, Ring Of Fire, and It Ain't Nothin' But The Blues. Off-Broadway appearances include The Joy Luck Club, The American Clock, Howling At The Moon, and Still Getting My Act Together (York). Numerous regional performances include: Fuddy Meers (Millet), A Flea In Her Ear (Camille), The Price (Victor), The Front Page (Kruger), The Glass Menagerie (Tom), Shipwrecked (Louis DeRougemont), Dancing At Lughnasa (Michael) and others at such prestigious venues as Cincinnati Playhouse, Milwaukee Repertory, Seattle Repertory, La Jolla Playhouse, and The Alliance Theatre. Mr. Wakefield's performances in The Will Rogers Follies and Best Little Whorehouse In Texas garnered him three "Best Actor" awards. Most recently, Mr. Wakefield performed in the new, Broadway bound, Steve Martin musical, Bright Star, at The Old Globe Theater. Next up, Paint Your Wagon at The City Center Theatre this March. An avid singer/songwriter, Scott has written and produced two CDs of original music: Older Than Dirt and Vegetarian Nightmare. They can be found at ScottWakefield.com.